Before and After Dry Ice Cleaning 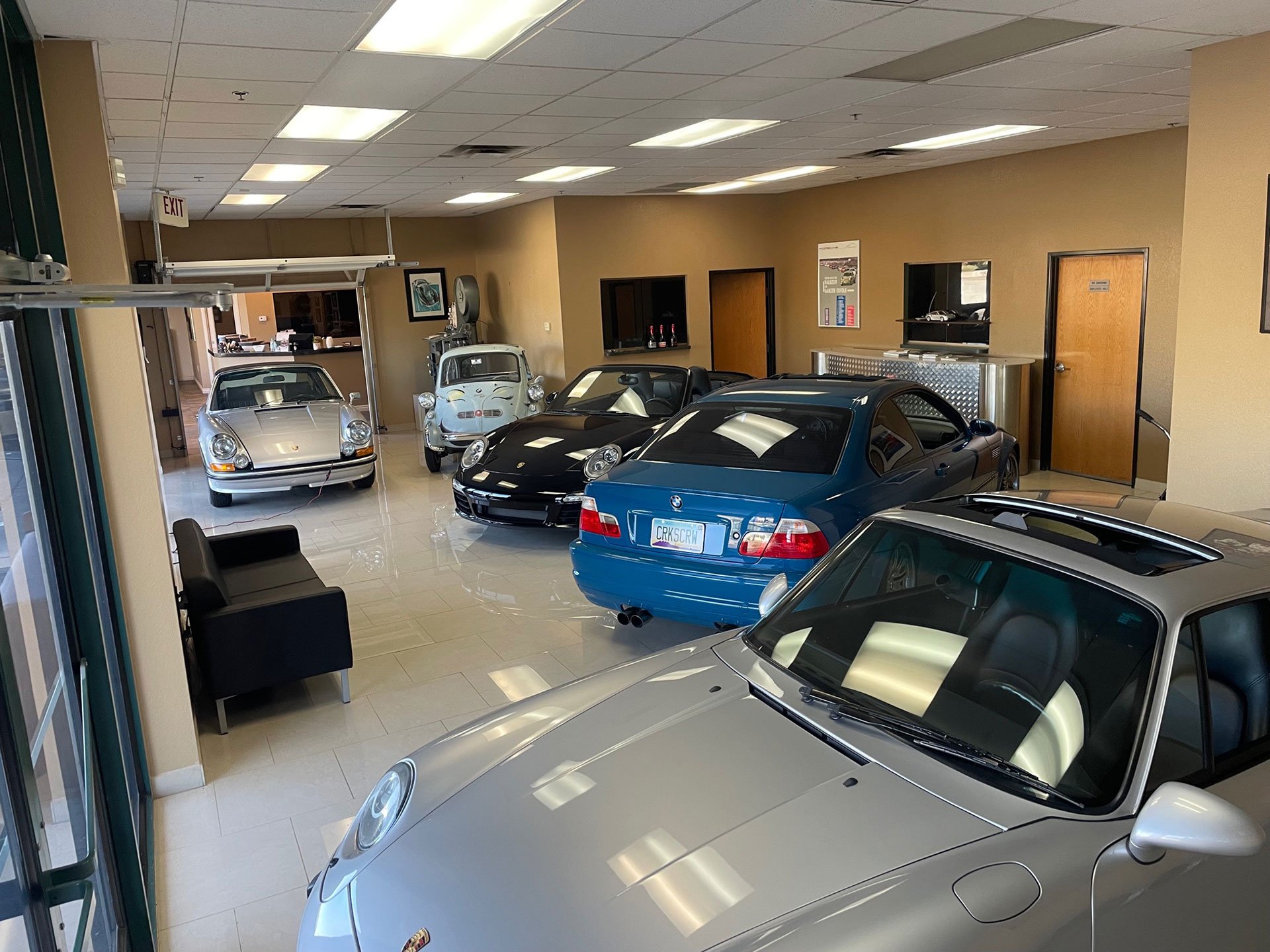 We service all BMW and Mini Cooper models. Click to learn more…

We service all Audi models. Click to learn more… 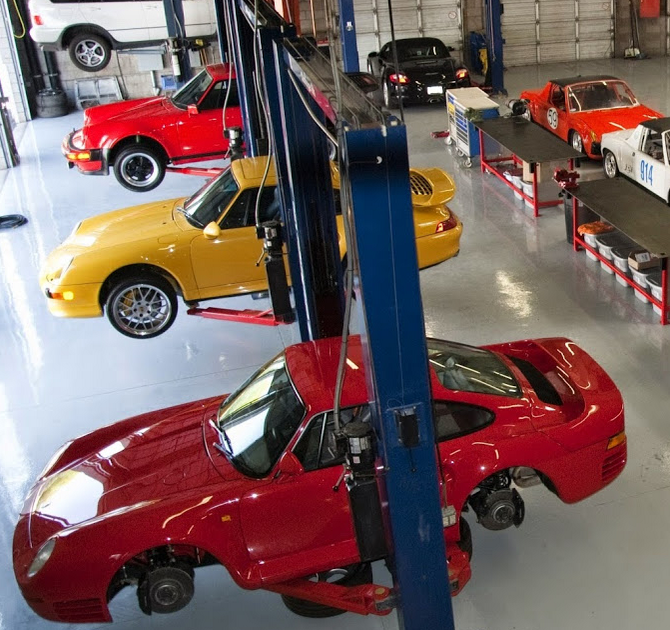 Beck’s European specializes in Porsche, BMW / Mini & Audi service and repair. We serve Scottsdale, Phoenix, Paradise Valley, Tempe and surrounding cities. We strive to be the best European automotive service and repair shop in the United States as well as a performance specialist for Porsche APR & Fabspeed and BMW Dinan performance dealer.

At Beck’s, you can count on not being oversold on services or parts services you don’t need. We’re in business because we keep our customers happy by providing expert service at a competitive price.

Whether you need an oil change, brake service, collision repair, pre-purchase inspection or a full engine rebuild, our team of experienced technicians is ready to service your vehicle.

Give us a call or click the button below to schedule your appointment online.

What Our Satisfied Customers Are Saying

The team at Beck’s European were great. When the Mini Cooper dealership told us that our daughter’s 2009 Mini Cooper Clubman needed out of warranty work, we wanted a second opinion.

We called Beck’s to get an estimate. Matt and Christy were great in giving us a quote that was 30% less than the dealership.

We made the decision to let Beck’s do the service, which they completed on time and at the estimated amount.

Thanks! We really appreciate having someone we can trust.

Cathy, Jeff & ShayThe Team at Beck’s European Were Great for our Mini

After I’d been out of Arizona for more than a week, my 2006 Cayman S would not start. I suspected that the 2.5-year-old battery was bad.

I put the battery on the charger and called AAA, who arrived 45 minutes later. By that time the car started. AAA said the battery tested OK, a little short of the specification cranking amps, but that was because it didn’t have enough time to charge fully.

For the next few days, I had to use the charger to get the car started in the morning. I suspected that it had developed an electrical problem that was draining the battery. (My first Porsche was a 924 that had several electrical problems, culminating in a complete new wiring harness, so I’m highly sensitive to electrical problems.)

I drove the car to Beck’s, where I’ve taken my 944 and Cayman S since I came to Arizona in 1998, for everything including prep for track events. They immediately diagnosed the problem as a bad battery, nothing worse. Since the battery was still under warranty, I returned it to the place of purchase for a full replacement.

Beck’s installed the new replacement battery quickly when I returned. I’ve had no problems since, now more than a month.

Beck’s European has been caring for my 911 for 12 years. Owner Frank Beck is friendly and professional, as are office staff and those mechanics I have dealt with.

They have always been accommodating with my schedule and have, when needed, gone above and beyond in helping me get to and from the shop.

I highly recommend Beck’s European for your maintenance needs.

The level and quality of service combined with the courtesy given by the employees, makes Beck’s outshine service at car dealers and other European repair shops. I am glad I found them.

Took my Cayman for the 30K service, they were spectacular. The level of service was amazing compared to the dealer, I can’t say enough positives about their operation.

CustomerTook my Cayman for the 30K Service, They Were Spectacular

I have purchased two low mileage Porsches through Becks and they also had maintained the cars before and after my purchase. Both were pristine examples and performed spectacularly.

I ended up storing the latter for some 15 years and Beck’s brought the 928GT back to life including solving a couple of diabolical issues.

The new Potenza RE11’s stick like nothing I have experienced. Great work! Great work ethic.

Beck’s is the only place you need to go for your Porsche, BMW or Mini needs. I found them by luck just after arriving in town.

Fabulous people from the mechanics in back to Frank & Kimberly the owners and of course Lacee in the administrative area. Actually, you will probably find Frank out back working too while Kimberly tends to the office. Just great people who do great work.

I have checked several other places and they just don’t compare to the friendliness and quality not to mention working with people who are passionate about their business that you find at Beck’s European!

If you have an issue with your car or need scheduled maintenance, you just need help diagnosing a problem, you want a pre-purchase inspection done, or advice on modifications that will benefit your car or perhaps you want to buy the parts from them and try it yourself. Just give them a call.

Of course, running a business must be profitable. But at Beck’s, I always get the feeling they would do it for nothing if they could!

CustomerBeck’s is the Only Place you Need to go for Your Porsche, BMW or Mini Needs

Every Porsche owner dreads taking their vehicle in for repair, thinking “How much is this going to cost me NOW?!?”, but Frank has actually SAVED me money on repairs!

For example, when my right turn signal stopped working, he took some time and found an alternative solution to replacing the whole $1,200 headlight at a fraction of the price. It’s things like this that make me a repeat, happy customer.

CustomerFrank Has Actually SAVED Me Money on Repairs

My 2004 Cayenne S and I have been a customer of Beck’s since 2009 and every visit has been a 5-star experience.

Frank and his team have taken care of every problem I’ve had in a timely, professional manner – I trust him implicitly with my car, as well does my husband with his 996 and 993.

CustomerEvery Visit Has Been a 5-Star Experience

I have referred several Porsche/BMW/Mini owners to Beck’s over the years and all have had great experiences. If you own any of these cars out of their warranty, you really should get to know these guys!

I was referred to Beck’s European by my friend Alex about 2.5 years ago. I needed a good BMW service company that was honest, good but fair with their pricing. Beck’s has delivered.

I have been using them for oil changes or to solve my problems anytime the service light goes on. They have been consistently great every time I go, with me never feeling like they are trying to push unneeded repairs.

I would recommend them to anyone looking for a good European car service.

Could have got it done a bit “cheaper” somewhere else, but when I take my car to Frank, I sleep better at night, knowing that the car is being worked on by a professional team overseen by Frank Beck himself!

PS: I live right by the Porsche dealer & trust Becks a million times over taking it to the dealer! (and of course saves me a lot of money)

They even gave me a ride back to my house when I dropped the car off, now that’s service!

CustomerWhen I Take My Car to Frank, I Sleep Better at Night

My 911 suffered a catastrophic engine failure and Frank Beck took the time to investigate the cause and develop a plan. I really like the way the folks at Becks keep the communication channels buzzing throughout the entire process.

Maybe it’s more than most people need or want to know but being an information junkie I found it reassuring that they have a bead on every detail.

Bottom line: I got my car back, running better than ever, at a fair price and a nice warranty on parts and labor. Another plus, the shop is clean and organized, looking more like an aircraft hangar than a garage.

Just had my Porsche 996 IMS serviced here, also the RMS, AOS & clutch, pretty much this place is like a Porsche hospital, the head surgeon is Frank the owner & his great mechanics.

I would not trust my car with just anyone & was very happy to find a shop that actually knows what they are doing.

When I asked the Porsche dealer about the intermediate shaft they didn’t even know what Ii was talking about!

Thanks, Becks for this great service in Scottsdale, AZ